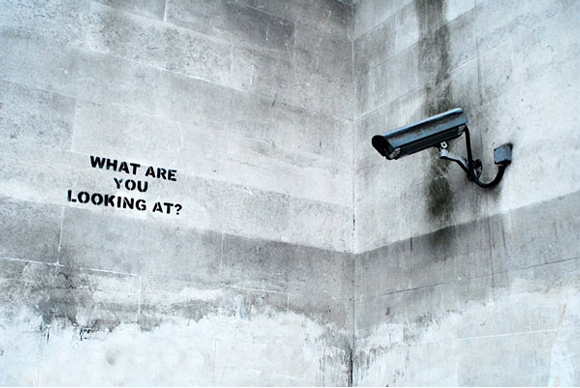 MI5, Britain’s secret police force (or ‘domestic intelligence agency’), announced to the press recently that it has helped to foil up to 7 potential terror attacks in the UK through the use of its Behavioural Science Unit (BSU). This unit was set up in 2004 to monitor the behaviour of people suspected of plotting to engage in terrorism, and is made up of criminologists, psychologists and other academics. There are no court orders or warrants involved in this process. Anonymous officials in MI5 independently decide which members of the public they are going to secretly surveil, analysing their behaviour for anything which might arouse suspicion. So you could be being secretly tracked right now because someone in MI5 has decided that you might be planning to engage in terrorism, and so everything you do is being closely watched and monitored in case you do something abnormal or erratic, in which case the state will take an even closer interest in your life. There is no way you can challenge what is happening to you because you don’t even know that it is happening to you. But, like a microbe in a petri-dish, you could be being studied, examined, analysed by nameless, faceless figures who wield infinitely greater power than you do, and there is nothing you can do about it. The people MI5 are monitoring are suspects – not people who have been found guilty of doing anything wrong in a court of law; not even people who are reasonably suspected of plotting terrorist acts on the basis of evidence which has been examined by a jury. A judge does not need to issue a warrant for these people to be secretly spied upon; they are simply selected by anonymous officials to be subjected to all-encompassing, arbitrary surveillance, even if it turns out that they are completely innocent of having done anything wrong.

MI5 claims that it has stopped up to 7 terror attacks in the UK through the use of this authoritarian program. First of all, journalists should be highly skeptical of such claims from the security services and subject them to close scrutiny (instead of uncritically reporting them as if they are tantamount to the truth). The security services regularly make all sorts of unevidenced claims to the press that are designed to make the power they exercise in the dark appear justified. Until MI5 presents evidence that it has indeed stopped up to 7 terror attacks in the UK through covertly monitoring suspects, its claims of doing so should be treated with extreme caution. However, even if it is true that MI5 has actually helped to prevent terror attacks through the use of this program (even though it provides no evidence of having done so), there is no reason why simply working in conjunction with the law, instead of bypassing the checks and balances that are supposed to exist, will not produce similar effects. If there is actual evidence that someone is actively plotting to engage in terrorism, not simply a vague suspicion that one day they might do something bad, then there is no reason why MI5 members can’t simply go into a court of law and present evidence before a jury, which then decides whether or not it is justified for this person to have their life closely monitored. If it is decided that it is justified for such authoritarian measures to take place, then a warrant can be issued by the presiding judge and the program can go ahead. The fact that intelligence officials appear to be using these powers in a highly indiscriminate, unfettered way with no judicial oversight whatsoever (they decide who to target using a network of informants and alerts from members of the public) is extremely alarming, and probably not even effective.

The powers which MI5 is exercising, whatever the context for them, are inherently tyrannical; closely monitoring someone’s behaviour as a clue to how they think and feel, allowing the state to tap into how their brain works and to scrutinise their innermost thoughts, is totalitarian. Even though these powers might be applied selectively to begin with (although that too is questionable), they are bound to end up being abused. As with all broad, authoritarian government powers, especially in the context of the war on terror, what seem like sensible measures for combatting specific societal ills will inevitably turn into mechanisms for control and repression. Right now, it is probably the case that this ‘mind-reading program’ (as the press is labelling it) is limited to the UK’s Muslim population, and so the fact that it is a gross violation of civil liberties has aroused no general concern. However, as with NSA and GCHQ surveillance, it will inevitably expand to encompass all citizens, not just Muslims. Until the security services are constrained, not just by the judiciary (which is all too often utilised as an another arm of the establishment), but by the will of the citizenry to combat creeping authoritarianism, the already excessive power of the state will continue to grow at the expense of democracy and individual liberty. No one should be above the law; especially those who wield the greatest power.